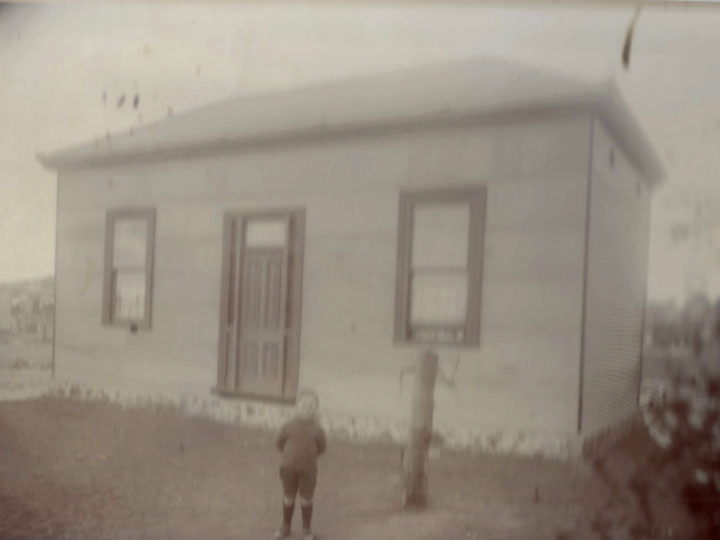 ‘Ella's Place’ was built at the turn of the century - 1902.  They were exciting, tough but in a way romantic times, with the development of our mining industry and the settling of various peoples in Broken Hill, and ‘Ella's Place’ reflects the on-going history of those times.

The house has stood through two world wars, the change from horse and cart to them there motor vehicles, BHP inauguration, bitter mining strikes, the ‘flapper’ era, many droughts and deprivation, the first man on the moon, space exploration and families that come and go,  but here it still is  – standing safe and (finally!) sound for you to enjoy.

Frank (eldest son of John and Selina Carter of Cunliffe and Wallaroo Mines) married Janey Temby, and built their family home in Wills (named after the explorer) Lane, and it remained the family home for 100 years, when Karyl & Henry Zawartowski were fortunate to find it in its derelict state in 2002. They fell in love with it and made it their mission to track down the owners.  It is said that Frank would buy a sheet of tin each pay day, and so the house grew from two rooms, to four, then a kitchen was added and finally in 1970 an attached bathroom and laundry.

Frank and Janey left the house to their daughter Ella, whose first husband was killed in a mine collapse.  Ella’s second marriage to Alexander McKenzie (a bookmaker) was a long and happy one and although they had no children, the house was always full of kids visiting Aunty Ella and ‘Unc’ from the surrounding streets.  Their nephew Anthony told us they used to save their 20 cent pieces and put them in matchboxes and give a matchbox full of coins to him and his sisters when they came to visit.

When Karyl & Henry bought the house, things were in a pretty bad way, but they wanted a project and here it was!  They kept what they could ie the walls in the first four rooms are the original horsehair plaster (very fragile), and the fireplace in the blue bedroom – which was the kitchen when Frank built the first two rooms – it was too special to remove.  Unfortunately the fireplaces are not useable however are an integral part of the homes history. 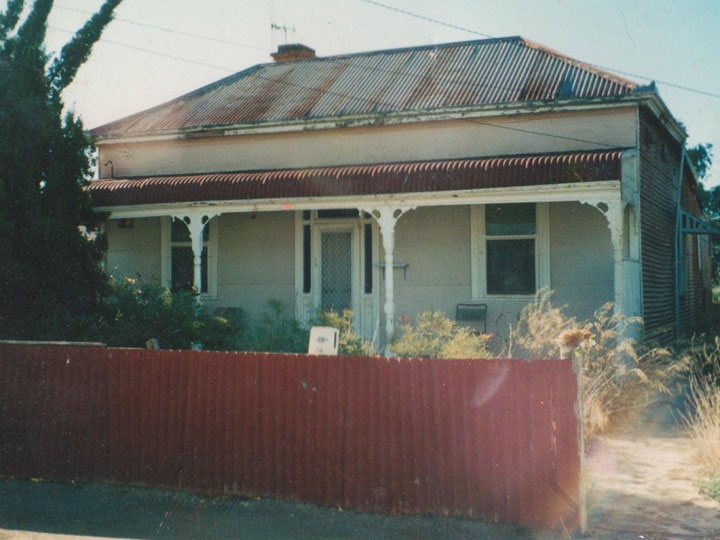 ‘Ella's Place'’  took them six years to restore, but it was a very rewarding project. In 2017 we had the opportunity to continue the Ella’s legacy when we acquired the property from Karyl & Henry. Ella’s preservation is an ongoing project as you can imagine with a home of this vintage. We hope we can continue to perpetuate the history and ambiance of this beautiful historic home. We hope that you have a wonderful stay in ‘Ella's’ enjoying a touch of yesteryear while you explore Broken Hill.

***  Just thought you may like to see William John Wills (for whom this Lane was named)  and his partner Robert O'Hara Bourke.

At Menindee you can see where they camped before they went on their journey.

Email: This email address is being protected from spambots. You need JavaScript enabled to view it.

We had the privilege of being your first guests and we can only say WOW!!! There is nothing else we need here as you have provided everything we could possibly think of, and walking into the cottage for the first time is like walking into heaven as it unfolds room by room.
We had a great stay. Thank you!
Len and Katrina August 2013